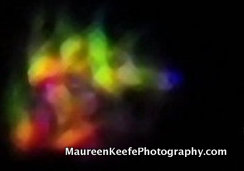 “Invite Sirius in” was the Guidance I received.  At the time I didn’t know the first thing about Sirius. I was a little leery of inviting in energies or Beings I was unfamiliar with.  Research revealed that Sirius oversees planet Earth’s spiritual evolution. Well then, that was good enough for me.

This experience led me to ponder:

Once while lying on a dock in northern MN with two other people, we watched a number of satellites come in one-by-one from different directions. And all disappeared at the same place in the night sky.

While living in Colorado, there was a particular star I had noticed over the years that was bright and pulsating and colorful. The first time it really got my attention was when I was living alone in a fairly remote location. I was in my kitchen, in the dark, when I spotted it. It was so bright and active I thought it might be “The Mothership” coming to take me Home! That was not on my “To-Do List” of life experiences at that time! I wanted to turn on a light to find my binoculars. In my anxiety, I turned on the wrong switch. I flipped it off and flipped another wrong switch. By the time I was turning on the third light I remembered the story of the alien abduction  in rural Maine at the Allagash Waterway. Four guys on a fishing trip went out in their boat at night and sighted a UFO. One of the men grabbed a flashlight and began signaling it. The next thing they knew, they were floating back to shore and their bonfire had completely burned down, which only “moments” before had been blazing. In the days and weeks that followed they all shared similar nightmares of being taken aboard the UFO. At the thought of this I was nearly beside myself with fear, “Oh my God! They are going to think I’m signaling them!” To the best of my knowledge, I went to bed and that sparkling star just continued its slow progression across the sky.

Another time I had company. My seventy year old friend and I were out on the deck. I pointed out the star and shared my story. She thought the star was as wild as I did. It inspired me to try to photograph it. When we looked at the pictures later, it appeared the that star jumped all around the field of observation. We were convinced it was a UFO, but again it just continued across the sky like a star. (I later discovered that this “jumping around” illusion is from moving the camera while shooting.)

The other night this same star was so bright, and so colorful, and was pulsing so big, it almost felt like it was trying to communicate with me.  I just had to try to photograph it again to see if I could capture the psychedelic colors I was seeing.  I shot over 200 photos. The outcome was over 200 tiny pinpoints of light, each in a field of black. Undaunted I zoomed in as big as I could make them. When enlarged I could see wild shapes and shifting color patterns. Some were reminiscent of molecular biophysics models. Others looked remarkably like hearts. The photo above stopped me in my tracks.

I have a Star Walk app on my phone that enables you to identify stars and constellations. This star, is Sirius. I don’t know about you but I do not think the images of Sirius as hearts were flukes. I Know Star Beings  are sending us Love. After all, this is the Age of Aquarius and Love fills the skies…I’m serious. 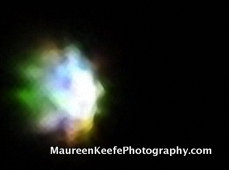 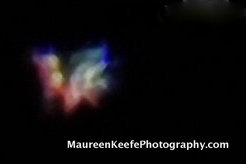 FREE INTUITIVE READING when you join my email list!

Search for what you seek…

If you benefit by what you find here, please support this Sacred Service!